Armidale is the place where you can cut down to the coast via “The Waterfall Way”, and I wasn’t going to pass up an opportunity to take the Waterfall Way. Whilst it’s a piece of clever marketing there is much to be said for the landscape around here, which includes six national parks, several of which form part of the Gondwana Rainforests of Australia World Heritage area, and, of course, a number of waterfalls.

First up is Wollomombi Gorge and Falls, part of Oxley Wild Rivers National Park. I was here before 8 in the morning and pretty much had the place to myself, a nice start to the day.

A little further off the Waterfall Way is New England National Park. With my penchant for lookouts I headed for Point Lookout, at 1563 metres one of the highest points in NSW north of the Alps and, at that height at risk of being shrouded in the clouds. The clouds would come and go but now and again they would lift to reveal a large expanse of wilderness. 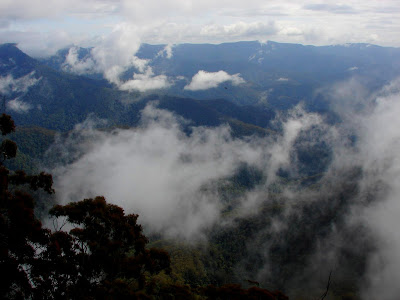 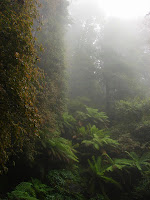 I took a little walk here which ended up being not so little. It was only a few kilometres but was a bit of a trek down slippery rocks and then back up again. Given the moisture around, everything was pretty lush and there were countless spider webs to walk through! The remaining lookouts were all clouded in and probably because of this I had a strong sense of being in a wild, remote place. The walk was nice but I was glad to be back at my car and ready for the next stop.

Ebor Falls was a much easier location to reach, and a perfect spot for some lunch. The Falls are in Guy Fawkes River National Park and literally plunge off the tablelands into the valleys which wind their way to the coast. 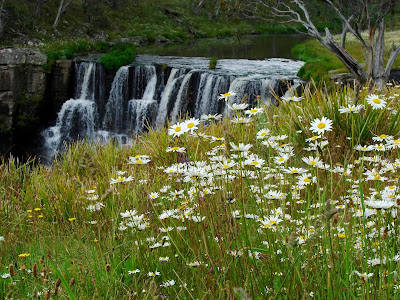 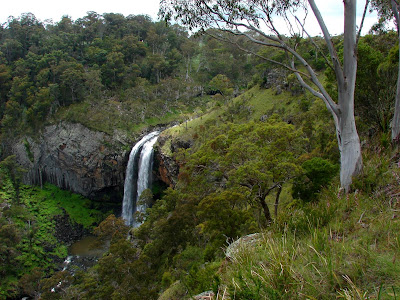 From Ebor Falls the road winds its way to the small town of Dorrigo. I’ll remember this place for the rollercoaster of emotions following the sad news of Nan passing away, which exacerbated my sense of being isolated in the middle of nowhere, a long long way from home. You might know I’m not really one for spiritualism but somehow it seemed fitting that I experienced the most captivating, serene and beautiful walk through a pristine natural landscape in memory of a wonderful woman.

The Wonga Walk in Dorrigo National Park isn’t exceptionally long or challenging but it takes in spectacular rainforest views, lush flora and exquisite fauna and is capped by the awe inspiring Crystal Shower Falls (straight out of a Timotei advert!) 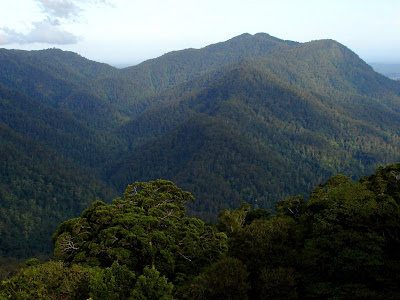 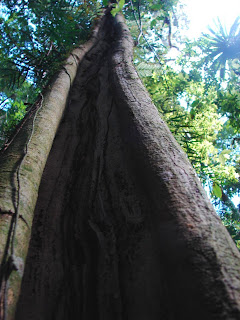 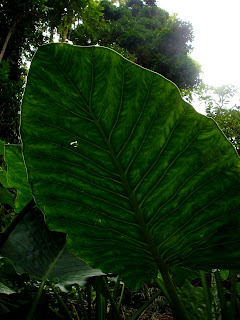 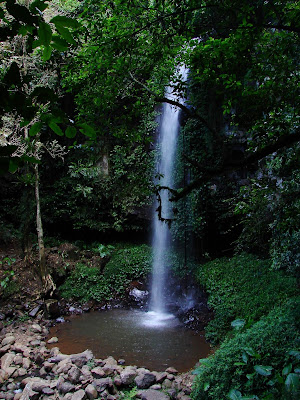 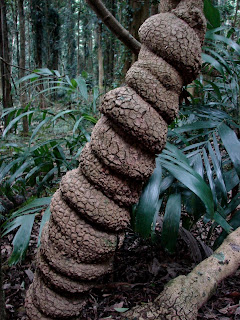 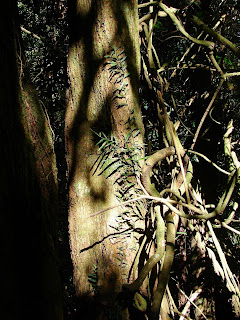 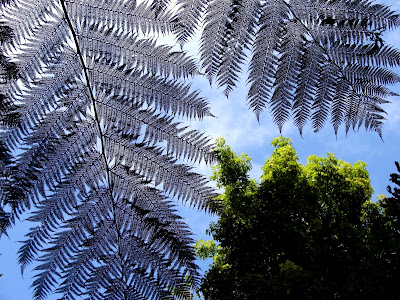 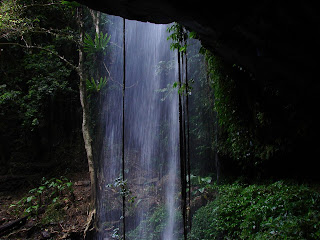 Crystal Shower Falls actually comes about half way through the walk, just as you are getting a little sweaty, so the fact that you can walk behind it and catch some of the spray is a blessing!

Back on the Waterfall Way, and unsurprisingly there are some more waterfalls to be seen, this beautiful little number near Dorrigo called Dangar Falls. 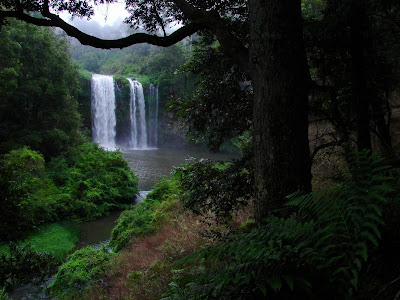 Just before leaving the tablelands and winding down to the coast, a short detour leads to a lookout over Bellinger River National Park, where both myself and the car where just about ready for a well earned rest.

And with that the Waterfall Way heads on down into the valley, ending at the cute town of Bellingen, a perfect place after a night of camping on a windy hill to recharge and reflect with some brekkie on the deck. 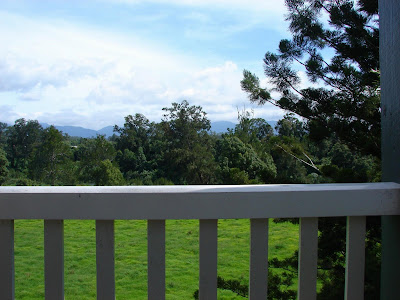